As you may tell from my album, I quite like the “chip” sound. With that in mind, I got quite interested in legitimate chiptune creation, and not only got a hold of LSDJ, I also started modifying gameboys for this very purpose. And I set forth creating some music-making equipment themed around the Teenage Mutant Ninja Turtles!

Above is “Michelangelo”, my first custom GB project. Overall, I was very happy with it – custom shell, matching buttons & backlight, and even made a custom screen protector! As for a useful mod, I also added a line-out jack for attaching to a mixer:-

This wasn’t the cleanest job, but it works! And it came out alright, considering this was before I had a dremel. That hole was melted out with an old soldering iron tip.

After this, I got the bug and went on to make Raphael:- 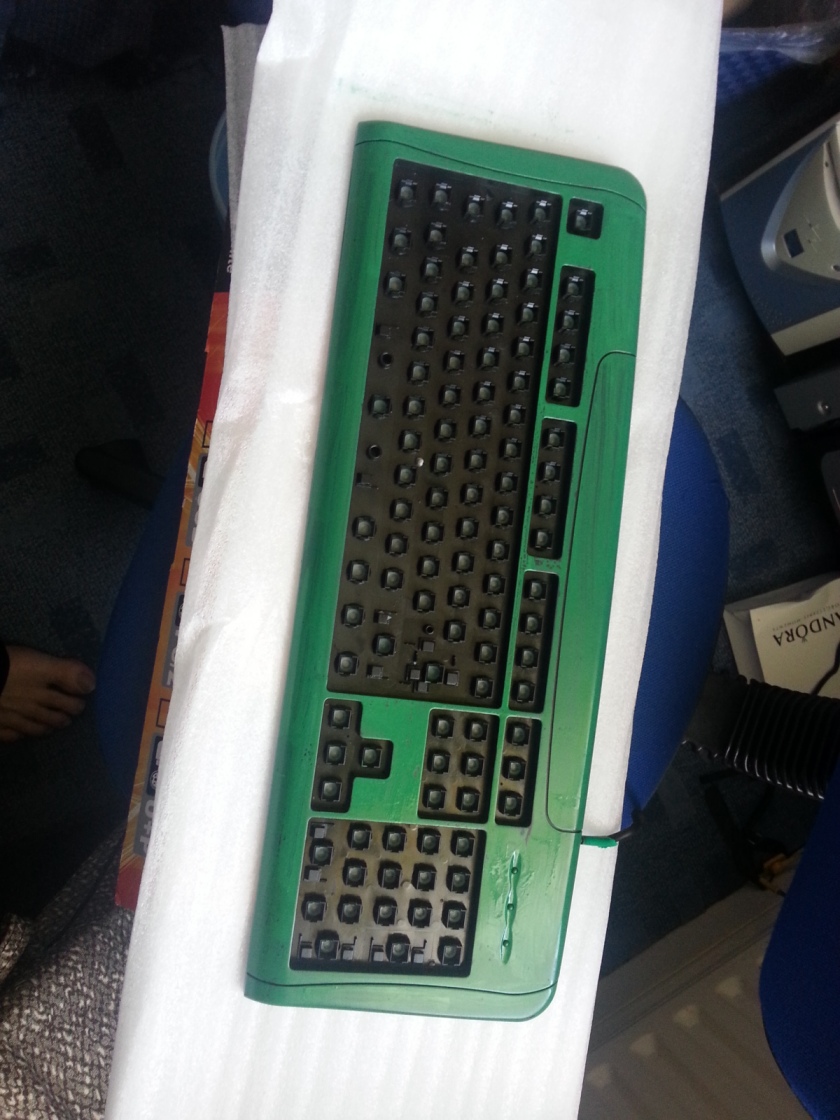 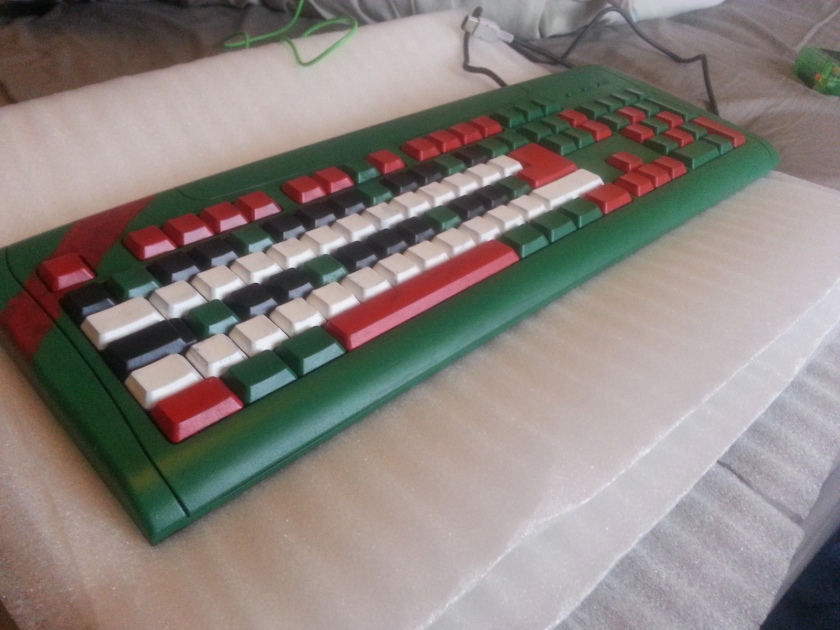 Now, this is just a standard PS/2 keyboard, that has been rewired to a DMG link cable plug. The end result is that I can plug it into a GB, and with LSDJ I can use it in a very similar way to how a MIDI keyboard/controller would be used with a PC-based sequencer. And it is very fun to play with!

I haven’t completed the TMNT series yet… Next up is Donatello, a frontlit GB color (also with a line-out), then Leonardo – another DMG, but I’m hoping to squeeze an Arduino in there, and have a real MIDI input/output.